The trip and installations in the Gobi were followed by a 3 day symposium and exhibition at the National Gallery of Modern Art in UB, where we were put up in a 4 star hotel. This was an extreme contrast to the camping situation we had in the desert but many of us were happy to have warm showers, electricity and green vegetables! The exhibition functioned mostly as a review of the installations in the  Gobi and consisted mainly of photos of the work. Some of us had additional work installed in the gallery. I for one brought my felt back and put it on the gallery floor plus I had brought 4 prints from Canada, which I hung on the wall. There were also rocks, a cello tape ger door, a stack of poems and professor Yung’s lighting rod. 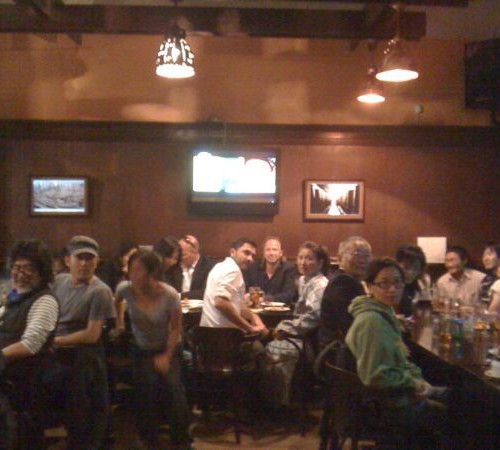 The last supper After the opening at the gallery we were taken to eat at the Budweiser Restaurant on the main square. It was great fun and at one point i realized that the tables were arranged in a U-shape and that Marc was seated in the middle- very biblical for our last meal together, before we were all scattered to the winds. 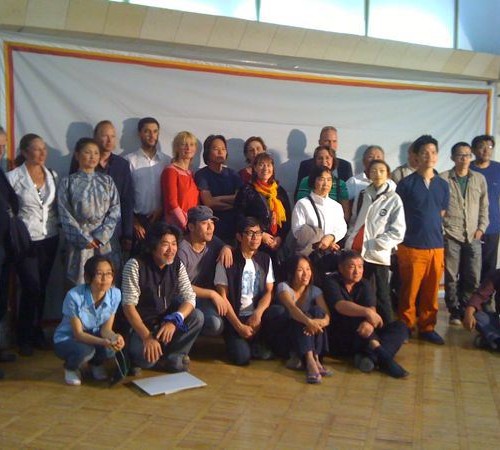 group photo at the gallery these photos were all taken with my phone so they are not sharp. 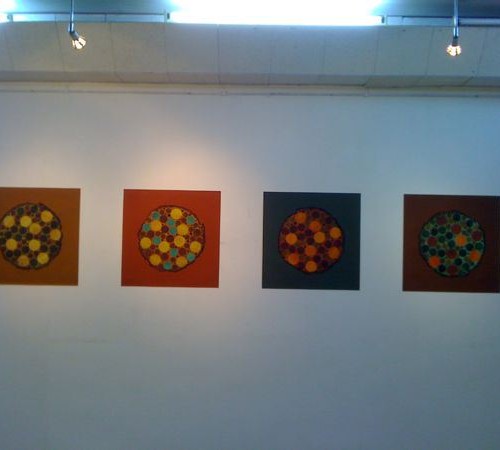 East/West Fir prints I had these images printed on canvas in Vancouver and brought them with me. They traveled all the way to the Gobi with us on the bus in a cardboard tube and i was surprise that they were in reasonable condition when we got back. I must say that the gallery standards in UB are much lower than the pristine conditions we are used to in the west. For example all the photos were mounted on foam core. 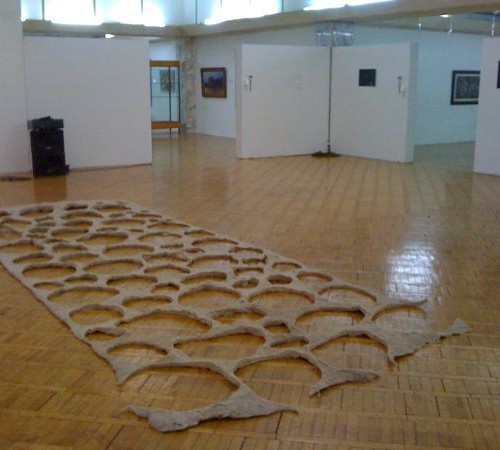 Modern Mongolian gallery installation I was glad to see this piece in the galley as it added a visceral element to the show but now i wish i had left it in the desert, maybe someone could have canibalized it for something useful. 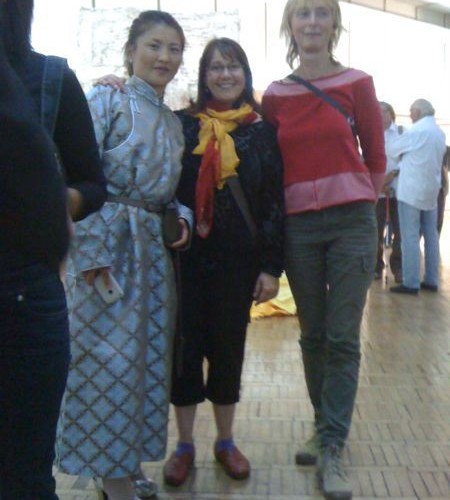 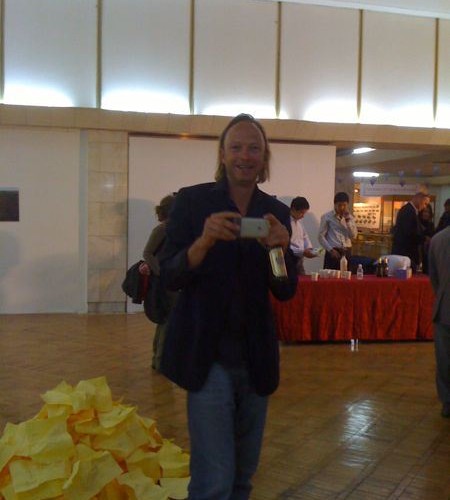 Marc Schmitz Organizer and inspiration of this project and artist in Berlin. 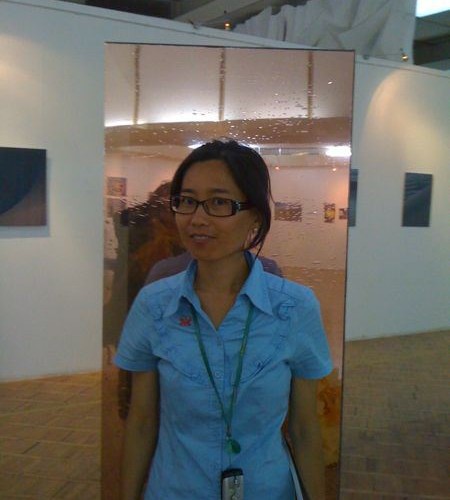 Sweet Veggie Azaa Azaa was our interpreter and just a sweetheart who dealt with out many questions and apprehensions. 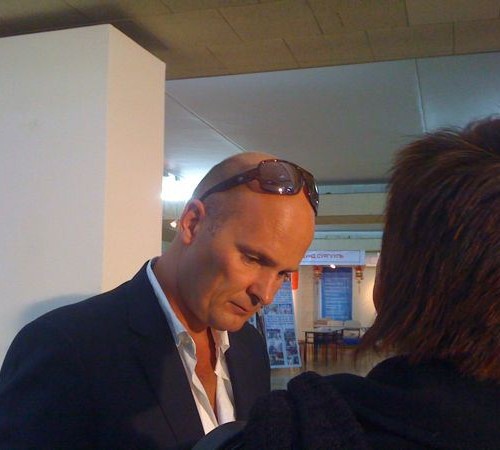 Stephan Kunze Stephan was part of the organizing team and was of great help to us as he wore many hats during our Gobi trip and also at the symposium. 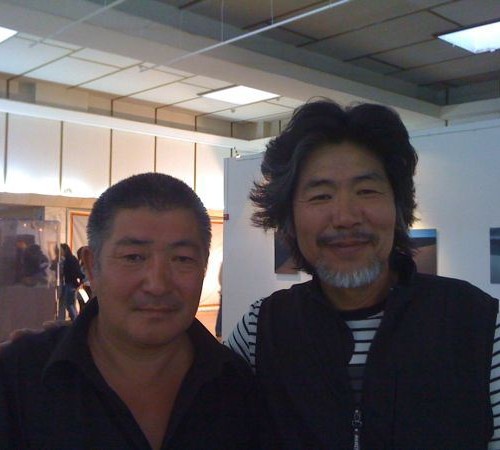 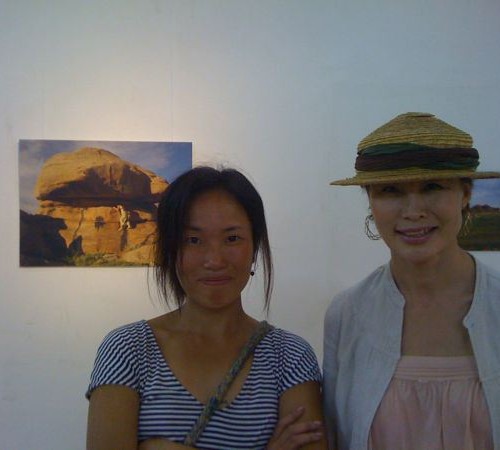 Megumi and friend it is hard to see but one of Megumi’s performance was painting the image of an eye on a rock by dipping her hair in black ink. 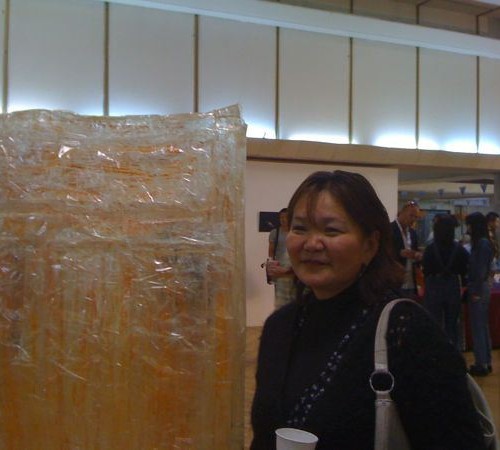 Badam Badam is a Mongolian artist but she did not come with us to the Gobi. I thank her for her help on our first day at the market, negotiating the maze of stalls and finally the price of my used ger felt 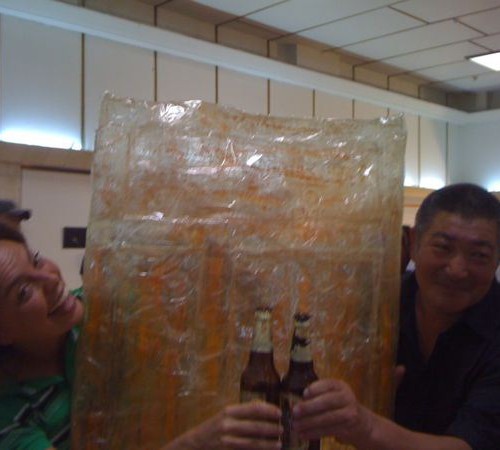 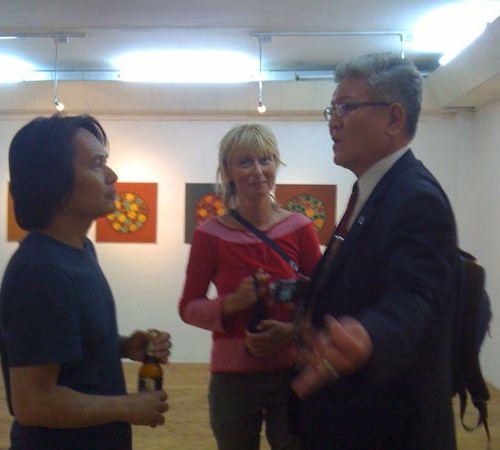 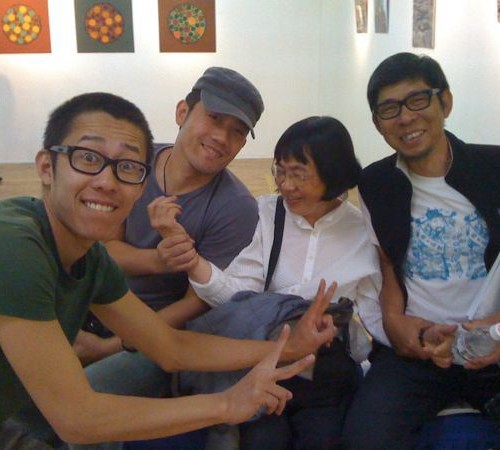 forcing Su-Chen to have her photo taken