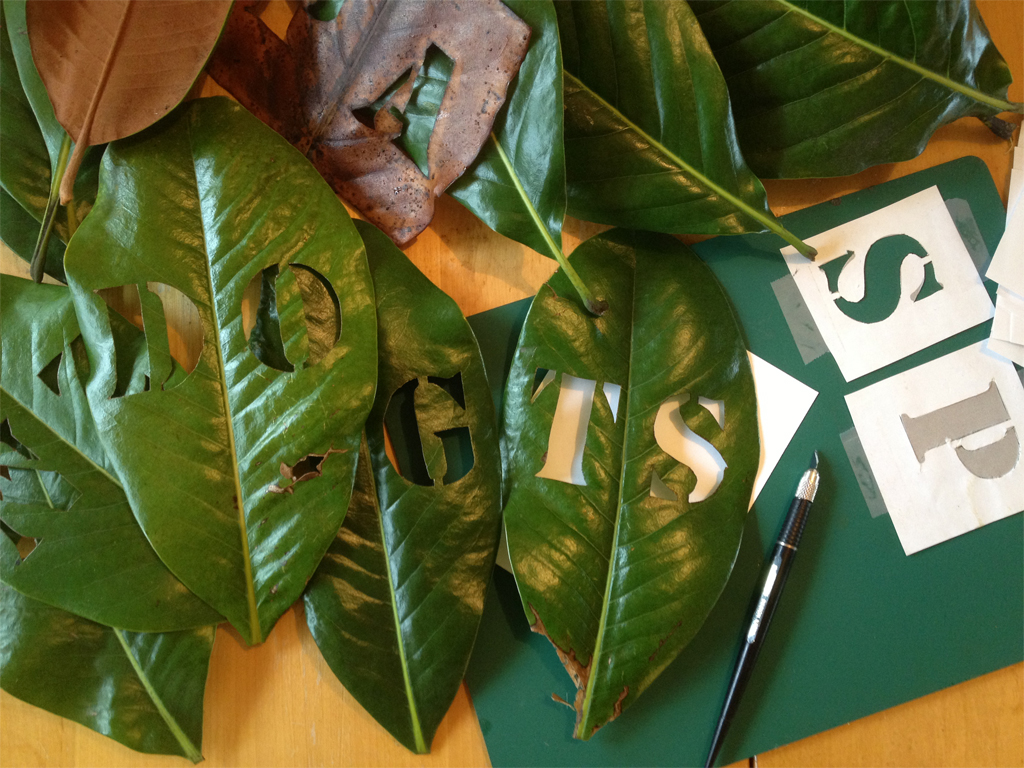 The Urban Botanicals Project is an outdoor installation consisting of botanical name identifiers for plants that are no longer growing in the area due to urbanization. The names of the original native plants are interspersed within the imported classical Chinese plants in the Dr Sun Yat-Sen Park. Cut from leaves and attached to bamboo stakes, they spell out the names of plants of the region, acknowledging the original landscape that the downtown east side and the city of Vancouver were built upon.

For example, the Coastal Western Hemlock Zone of Vancouver’s land surface was once “covered with some of the largest timber in the world: Douglas Fir, Cedar, Hemlock, as well as Pine, Spruce, Maple and Yew. The largest trees were approx. 10,000 years old and at least 99 meters (325 feet) tall”, writes Bruce MacDonald in Vancouver: A Visual History. I have chosen to highlight species such as the Douglas Fir, Pseudotsuga menziesii because they were cut down to make masts for ships, launching a prosperous the logging industry, while the clearing of the land enabled housing development for the workers who immigrated to the area in the 1880’s.

Before that the area was rich in trees, shrubs and herbs long used by the local native bands for food, medicine and crafts. Apart from the large trees, the area was also covered in many berry-producing shrubs such as Blackberry Rubus Ursinus, Salal Gaultheria shallon, which are still in evidence today. Other native species such as Blueberry, Cranberry are now farmed in the outlining regions. But originally the plant life along with the abundant sea life and wildlife was a fertile and bountiful area for the native tribes that settled here. The area was also rich in herbs such as Labrador tea, which has been used for colds, sore throat and allergies and Horsetail, which can be used to treat bladder and kidney problems but also the abrasive silica crystals in the plant can be used at pot scrubbers, polishers and facial scrubs. Many other plants from the Sedge family such as Tule and Cattail were used for weaving baskets and mats and along with the versatile Cedar bark.

I chose to use the Latin botanical names because it is the universal language used for plant identification worldwide. But as many technical languages, it can also be exclusive because the names are complex I have also included the common names since this is a public park that is well used by the community and visitors.

Urban Botanicals is part of the Converse exhibition in the park, which runs from April 1 to July 15 2015. Converse is a community engagement project, which seeks public interventions through free public celebrations. Other artist’s projects include Marina Szijarto’s The Travelling Apothecary Tea Room and Haruko Okano’s Meditations on Water and Land with plant names translated into Chinese, Japanese and Native languages.

Converse is the final group of installations and community interactions for CONDUIT project by the Art is Land Network , a one-year project of engagement with the plantings and architecture of Dr. Sun Yat-Sen Public Park and its surrounding communities. 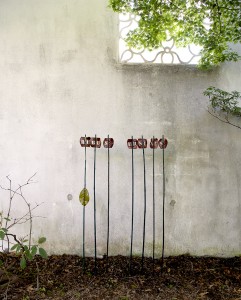 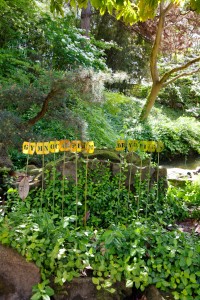 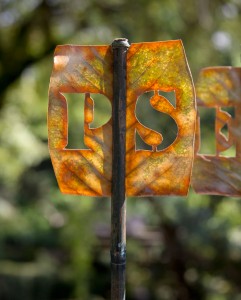 The Urban Botanicals Project will continue throughout the summer adding new plant names on a regular basis. I will lead 2 free workshops:

Outdoor in the park:
Date: Saturday May 9, 11am -2pm at the Dr. Sun Yat-Sen Public Park in Vancouver
Register with Eventbrite: https://www.eventbrite.com/e/urban-botanicals-at-sun-yat-sen-park-tickets-16339846922

Indoor in the garden:
Date: Sunday May 17th 1-4pm in the Hall of 1oo rivers in the The Dr. Sun Yat-Sen Classical Chinese Garden
https://www.eventbrite.com/e/urban-botanicals-indoor-workshop-at-dr-sun-yat-sen-garden-tickets-16339945216

Description: Community workshop focuses on local plant species names in which participants’ stencil or cut out the letters of plant names onto Magnolia leaves. Thereafter, letters mounted on bamboo stakes with names will be planted in various locations in the park. Free but you must register on Eventbrite as space is limited. No drop ins.