The Traveling SeedBomb Dress is the third instalment in the Urban Foragers series. Like its predecessors, the Mobile Garden Dress and the Nomadik Harvest Dress, it functions as a garment, a shelter and a food source. As this series is about self-sufficiency, each new piece refers to a nomadic structure and for this one i chose the teepee because the shape resembles a Pine cone.  I am fascinated by the ingenious ways that plants propagate their seeds and so i have tried to incorporate this into the design as much as possible. There are cone shaped pockets all around the edge, which hold seed bombs, which were placed within easy reach of the wearer so they could be thrown while moving about.

The structure is based on a series of hinged cedar pieces, which when folded down make up the skirt and when extended they form the teepee shape. I have used metal bolts and wing nuts as a means to hinge and tighten the segments. My intent is to someday replace these with a more organic material but for now they at least only require a small screwdriver to assemble. The skirt is covered in heavy duct canvas hand painted with a dandelion motif, a symbol of highly effective plant survival and endurance. Our agent of propagation also wears a secondhand vest adorned with épaulettes of fresh Wheat Grass and a hat formed from a bamboo birdcage with birdseed.

I looked at many options for displaying the seeds and finally decided on the glass vial because I want the public to be able to see the seeds clearly so they can learn to identify them. I created a wire cage for each one, 50 in all and hung them between the struts with linen thread. I also attached some glass globes and green cans, which have holes in them to facilitate the daily rinsing of seeds for sprouting. 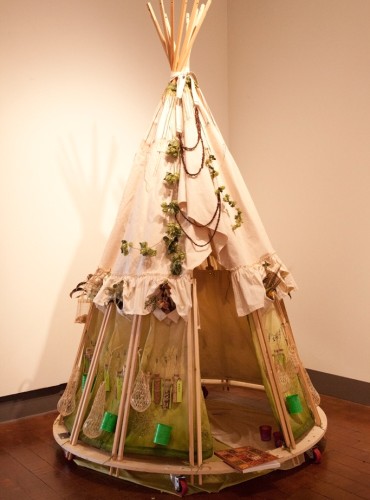 SeedBomb Teepee in the gallery 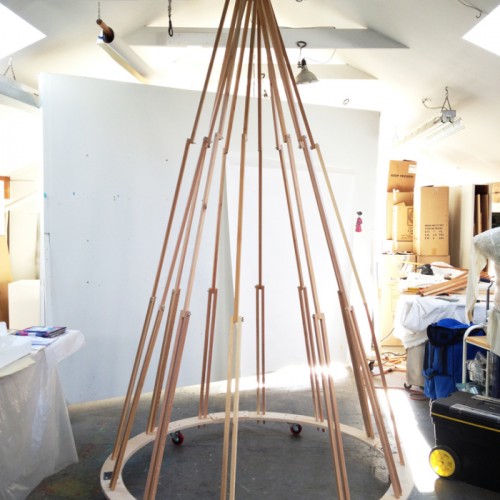 Teepee struts made of cedar 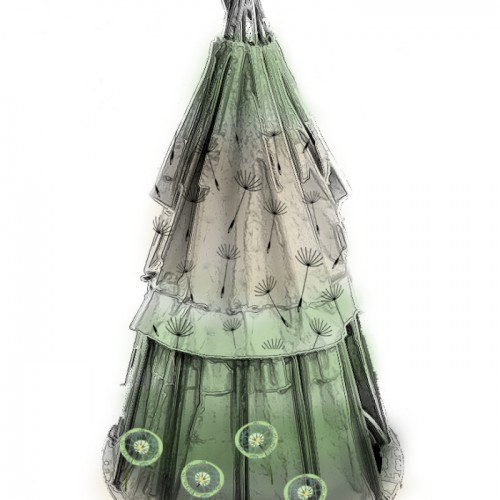 Sketch for the dress design 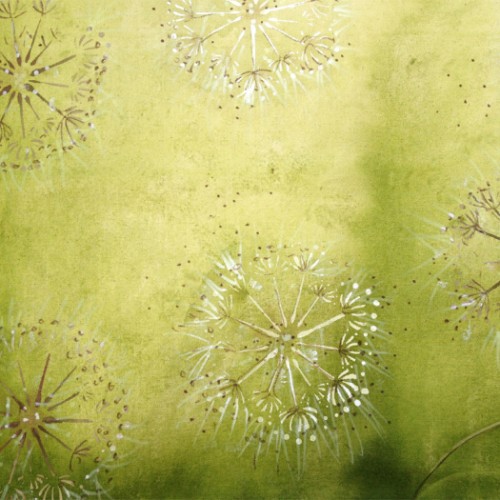 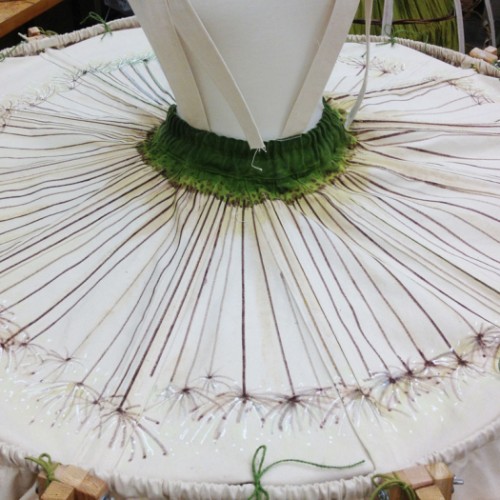 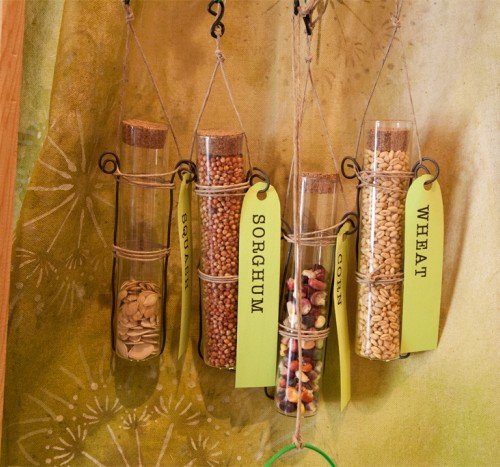 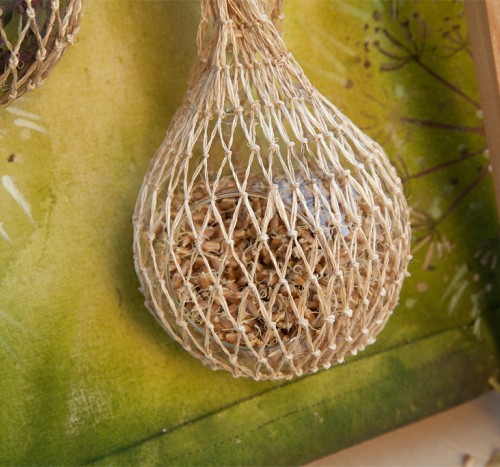 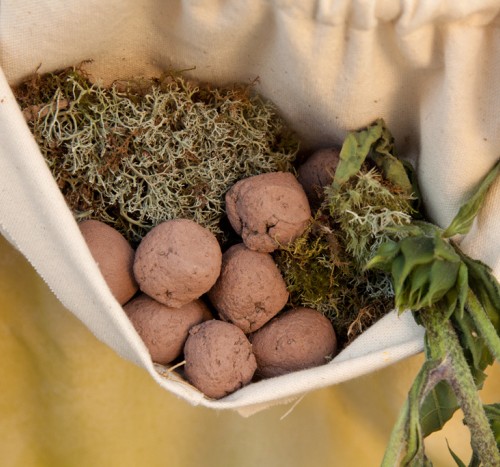 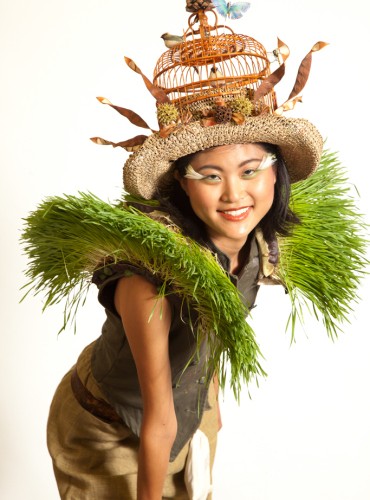 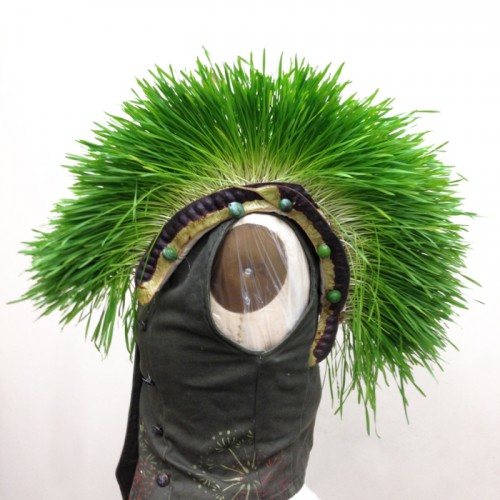 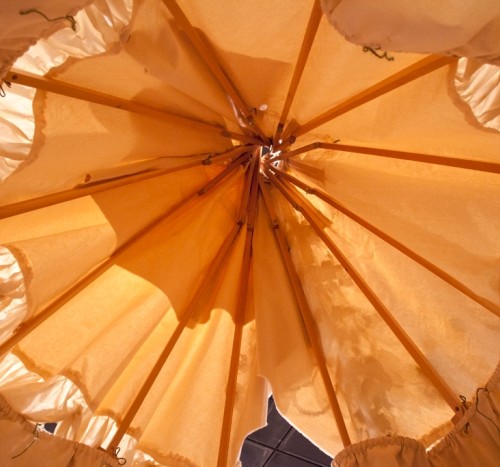 view inside the teepee