The Ego Eco, environmental art for collective consciousness exhibition was curated by Allison Town and Emily Tyler for the Begovich Gallery at California State University Fullerton, which featured to work of 13 artists. I participated on a variety of levels during my 5 week residency there. During the first 2 weeks i completed the Traveling SeedBomb dress and assembled the Urban Foragers series and staged a public intervention which was filmed and shown along side the Traveling SeedBomb dress in the gallery. The 3 Urban Foragers were at the opening reception and i was also on hand to talk about my work at the opening preview earlier in the day. During the evening, Juliana Rico made seed bombs with the public, people signed adoption paper for Vaughn Bell‘s Pocket Biospheres and i was delighted to meet artist Esther Traugot and her delicately crocheted seeds. Here is an excerpt from the Curatorial Statement.

Disconnect between real actions and real-time becomes increasingly evident in our fast-paced, technologically saturated urban environments. Selected artworks in ego|eco: environmental art for collective consciousness aim to confront traditional notions of “spectatorship,” promoting involvement over complacency through the inclusion of engaged public art practices and environmental art conveying a collective call to action. Juxtapositions of mediums, content, scale, forced perspectives and changes in cadence and flow will encourage viewers to become both physically and psychologically aware of their own roles as “spectators”—symbolic of a greater need for action and social reform in the pursuit of sustainability.

A 100-page catalogue including a scholarly essay by CSUF Exhibition Design alumna and founder of ecoartspace.org, Patricia Watts will be published in early 2014. See more of the exhibition HERE. 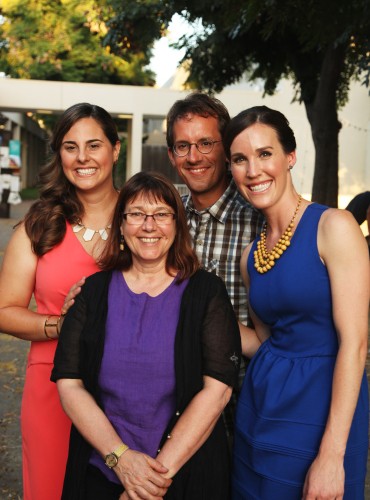 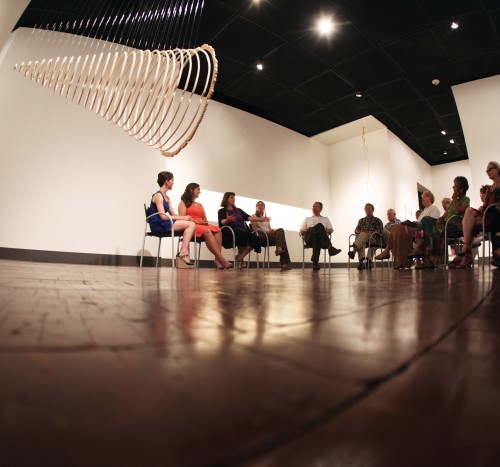 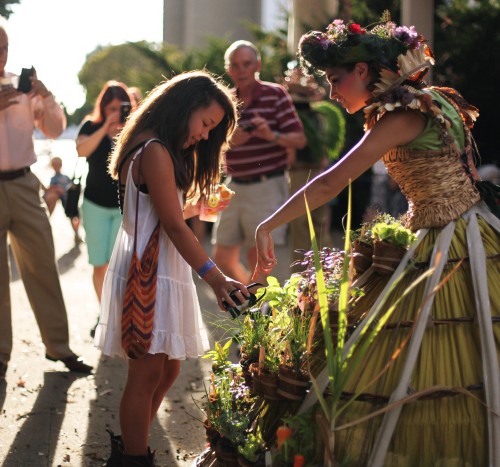 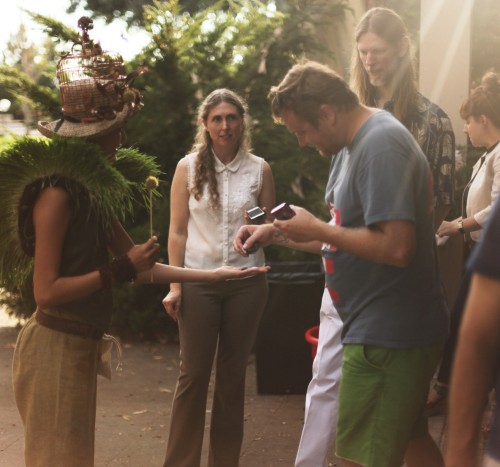 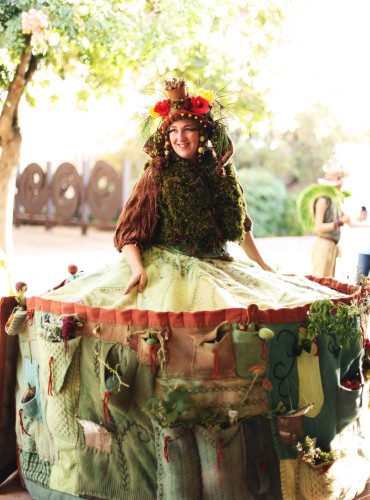 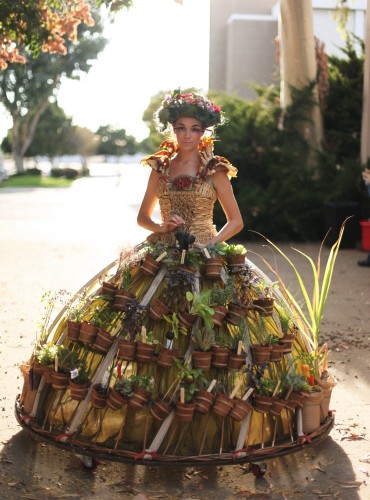 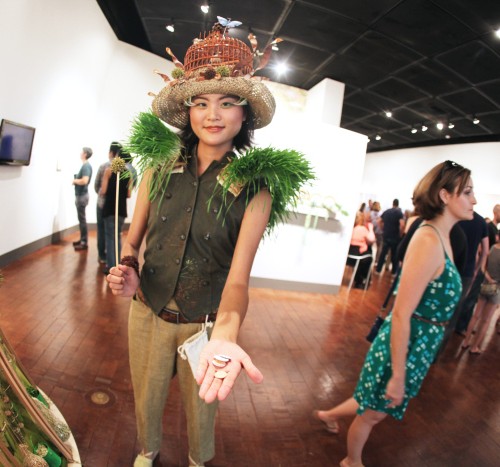 Agent SeedBomb and her Seed Money. Photo by Eric Stoner 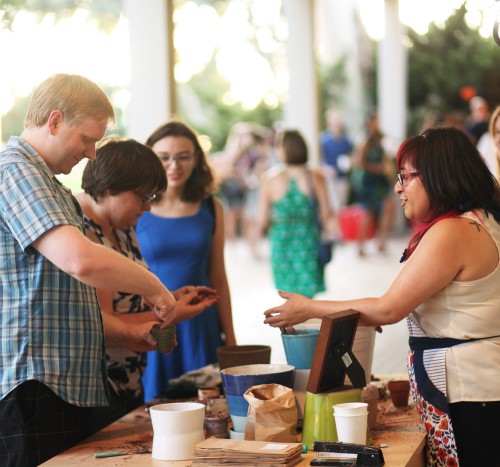 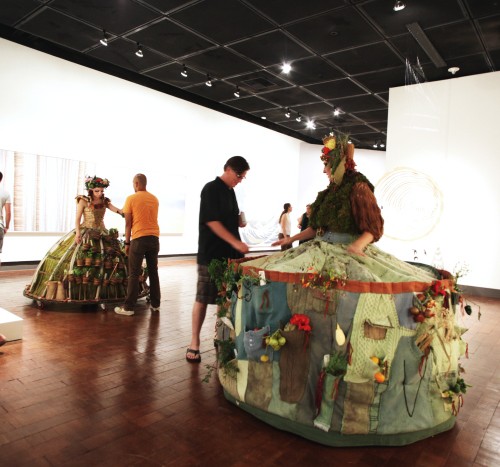